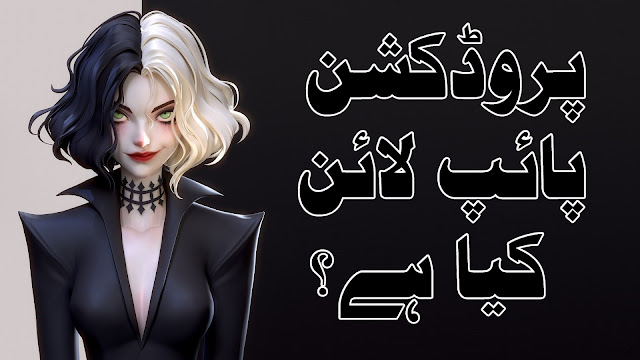 Just as different people are needed to make a car, 3D animation is also made through with different artists.

And when one guy finishes working on a part of 3D animation, he passes it on to another artist, So that he can do his work on it, then all this work is compiled through the production pipeline.

3D Animation Production Pipeline consist of different people and programs, in which each of the software is used in a systematic manner.

For example, today you must have seen all the videos on YouTube about the latest mobile assembly plants in Pakistan, Where one person fits the phone's display, another fits the motherboard and so on.

And finally you have a final product i.e. in the form of mobile or smartphone, And 3D Animation's production pipeline works in a similar way.

3D animation pipeline can basically be divided into 3 parts, In which the first is called Preproduction, the second Production and the third postproduction.

This method is used by all the studios that develop animation or visual effects for video games, films, and TV.

In which the people in the production first come up with a story, which may include concept art and storyboarding.

After this the production team converts all these things into computer graphics, 3D models and animation.

And finally postproduction team work on the visual effects, colour correction, And by editing or adding sound effects, you get the final product.