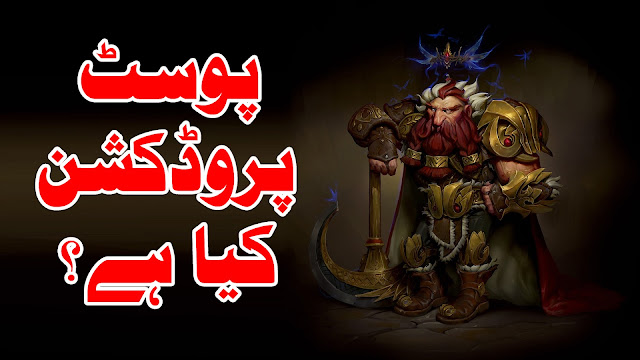 Postproduction is called the end phase of 3D animation, during this phase the project is completely polished for final output.

Often in preproduction, if there is any mistake during production, then it can also be rectified here.

We can understand compositing with the example of Photoshop, the way in Photoshop, a picture is edited by applying different layers on it.

Similarly, compositing may combine different images and effects to create the final image or single frame, And the same thing is used for videos as well.

After which these frames may be used for visual effects and motion graphics. For example, the fire, dust, Water, rain, and other effects are created here.

The next step is that of color correction, where after one shot or scene, the other is worked on and the color grading of the animation is done.

After all, the animation is prepared for the final output, for example if the 3D animation is a movie, then it is converted to play in the cinema.

Similarly, if the intention is to put this video or animation on the Internet, then it is converted in a different format i.e. Mp4 or AVI.

In 3D Animation Production Pipeline, the aim is to clean Big Projects from mistakes. Because a small mistake can ruin the entire production and cause millions of dollars in damages.