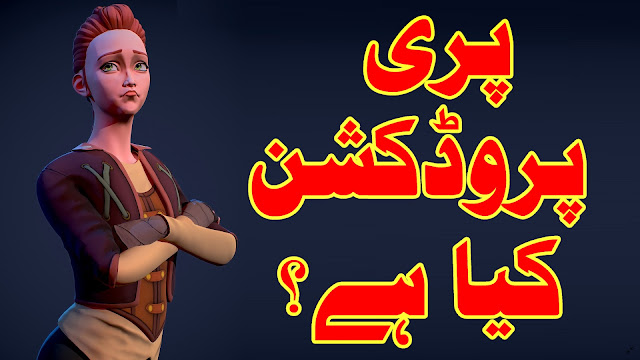 Preproduction in 3D Animation refers to the designing and planning phase, And this is a must have for every Big project.

Pre-preparation is basically divided into 2 teams, In which one team working as the artists, and the other team does the work of management.

Here the artist's job is to create specific ideas, while the management team works to organize the production plans.

Similarly, we can divide the preproduction into five parts, In which the first part is of the story, the second part is the screenplay or script, the third is the storyboards, the fourth is the pre-visualization and the last part is the design.

First of all, inside the story, you write the character, after which it is the turn of the script, Where the script of a film is about 100 to 120 pages.

With Storyboarding, your script or story is given a picture form, And a lot of animators choose storyboarding, instead of story and script to express their own ideas.

And in the same way, they express their desired thoughts or story, after which it is the turn of the animatic or pre-vis.

Pre-vis is often used for Big films, so that the director and actors of the film, must know what they are going to do on the day of shooting.

Pre-vis does not include any special effects etc. and you get the simplest animation, after which comes the final design.

And at the same time the look of the animation, such as the character design, props, and custom design or The environment is designed on plain paper or with the help of 2D programs in computer.