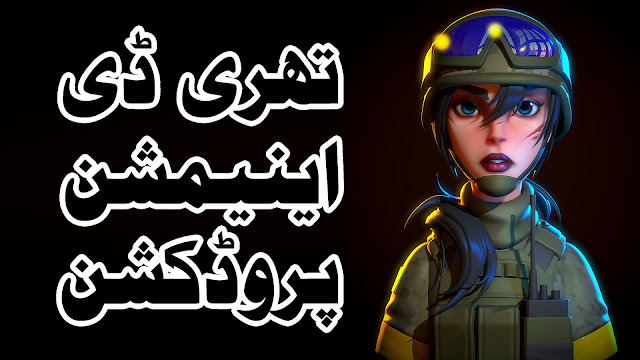 After preproduction, Begins the real workflow of 3D animation and here the actual production takes place, And the concept art in preproduction is converted into actual 3D models.

All those materials which are created during preproduction are given to the hired artists, and from here their hard work begins.

We can divide the production of 3D animation into 8 parts, Which contains Layout, Research and development (R&D), 3D Modelling and Texturing, Rigging and Animation, 3D visual effects also known as VFX, Lighting and rendering.

During the layout phase, the 2D concept art is matched with the 3D camera and environment, During this layout the proxies of the original 3D models and low resolution dummies are used.

During the layout stage, the work of music or sound effects and dialogues is also completed, And here the director can also set the camera angle of his choice.

After which it is the turn of research and development i.e. R&D and 3D modelling, through R&D an attempt is made to overcome the technical challenges.

And during 3D modelling, all the concept art is converted into the final 3D meshes and models. Different software are being used for 3D modelling in 2022.

These programs may be used by 3D animators and artists which includes, Autodesk Maya, 3ds Max, ZBrush, Cinema 4D, Blender, and Houdini. And then comes the turn of texturing.

Texturing can also be called colouring of 3D meshes and objects, In this process 3D models are painted, and their surfaces are filled with colours.

Bones in 3D models are created to make them capable of animation. This process is called rigging in 3D animation field.

And then when the animators have completed their work, then it is time to light the scene and render frames or convert the animation into video format.