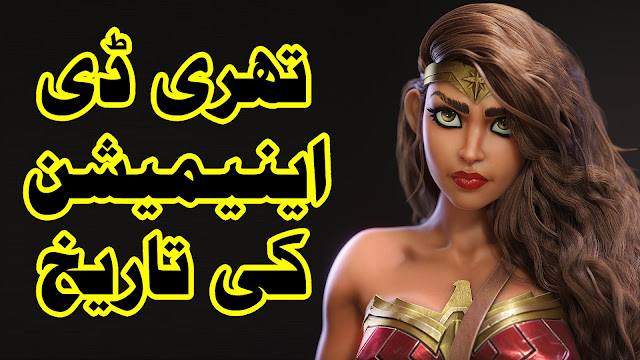 Creating 3D animation is as easy as it has never been before, because today people have powerful computers and programs.

If we take a look at the history of 3D animation, In 1960, a person named William Fetter had used the word computer graphics for the first time.

And during 1962, Steve Russell made the world's first video game for the personal computer, which was named Spacewar.

A computer drawing program was created in 1963 By Ivan Sutherland, which is remembered as Sketchpad.

Real 3D started during the 1970's era, Because by then computers had become much smaller and faster, and during this time things like shaders and rendering had been invented.

The University of Utah created Texture Mapping during 1974, And due to this technology, today we see 3D animation realistic.

This invention goes to Ed Catmull, who later developed the magic of Antialiasing, And later this person also became the president of Pixar and Disney Animation Studios.

During 1978, a Hollywood film used computer-generated imagery or CGI for the first time.

And in the same year, the technology of ray tracing had also come into existence, which you can see in the RTX cards of Nvidia these days.

With Ray Tracing, you can make the atmosphere of 3D Animation more realistic, and nowadays its use has become more and more.

An animation software was launched in 1984 for the common people, and the first version 1.0 of Photoshop was made during 1988.

During 1988, Pixar released an animated movie called Teen Toy, which is the first 3D animation film, which won an Oscar.

In 1991 Terminator 2 and 1993 Jurassic Park shook the world of visual effects and 3D animation. 1994 Sony launched the PlayStation, due to which 3D Animation got more mainstream.

2001 Final Fantasy: The Spirits Within was released, Which was a movie in which a realistic human was captured through 3D animation.