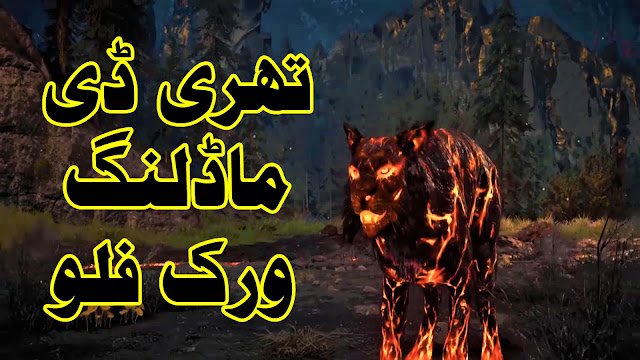 In 3D Animation, You can work on a variety of 3D modelling workflows, and this depends on the nature of your work.

Since the beginning of 3D modelling many people were using from scratch modelling, but now this technique is not used in most of the 3D applications.

After we are gonna talk about primitive modelling, and in this, the basic shapes that software offers, are used to create 3D models.

For example, you can do primitive modelling by experimenting with cylinders, spheres, pipes, cubes and planes that you get in Blender.

And this technique is mostly used for hard surface modelling, as it is useful in making chair, swords, Bedrooms, mobile or 3D houses.

The third workflow type is called box modelling, and this is very suitable for an easy box shape character model, 3D artist creates basic shapes with the help of box modelling.

After that 3D artist starts to include other details of the character, and thus makes the process of creating new 3D character models very easy.

At number four you get Boolean modelling, but this too is not very acceptable in the entertainment industry.

With the help of Boolean modelling, you can create a single object by mixing 2 3D objects, but this will also create N-gon.

And N-gons also known as 5 sided polygons, often produce a lot of issues, that's why 3D modellers do not like this technique much.

Laser scanning is a technique that allows you to scan real-life objects with a camera and convert them into 3D models.

For example, recently Epic Games has launched an app called RealityScan for mobile, With the help of which you can create 3D models from real life objects.

After all these workflows, Digital Schooling is a new and powerful modelling workflow, which lets you create 3D models with very high details.

However, in high detailed models, you will get the problems of high polycount and low frame rates in the field of Animation and Games, and these models can bring your PC to its knees.

That is why with the help of retopology, these models can be converted into low poly versions, so that they can be used in animation and games.