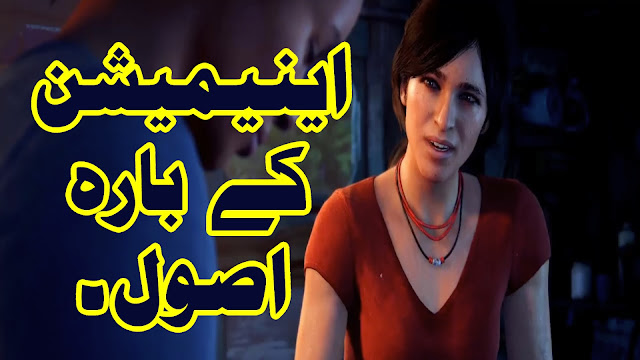 If you want to become a good 3D animator, you have to understand the 12 basic principles of animation.

These basic principles were developed at 2D Animation's beginning in Disney Studios, but today 3D Animation is also based on these principles.

The first principle is that of the squash and stretch, and these things may be used to represent flexibility and weight.

For example, when a person squash his eyes with force, the effect of squash and stretch comes in the upper part of the face.

The second principle is that of the Anticipation, which is about the next scene or pose of the 3D animation.

For example, when a character throws a big punch, before that he backs away a bit with his hand, and this is called anticipation.

The third principle is called staging, for example if 2 characters are talking to each other.

They are staged in such a way that both of them can see each other, and also present themselves to the camera as well.

Then comes the principles of straight-ahead action and pose-to-pose. In Straight Ahead all the frames are created one after another.

Whereas Pose to Pose is used to work on specific frames first, and later if changes are needed then artist work on the in between frames.

Follow-through and overlapping action is a principle, in which even if one part of the body stops after animation, the other part may still move.

For example, if a girl with a long hair run and then suddenly stops, her hair will have movement even after the body stops.

You can understand the principle of slow-in and slow-out from the motion of a car, when the car starts it is slows in movement, In between the car accelerates and before stopping completely it again slows down.

You can understand the principle of Arcs with the movement of hands, Our hands are moving in a circle because of our joints, and this part of the circle is called the Arcs.

You can understand the principle of timing with the help of frames, for example, if you are working in 24 frames per second animation, And if you want 2 seconds of footage, then you will need 48 frames.

You can understand the principle of exaggeration with a jumping character, for example a cartoon jumps, it goes down to the ground and becomes fat, and when it comes out, it is extended in length.

In the early days of 2D animation, the principle of solid drawing was used to create 3D illusion. But now in 3D animation this term is used to master any 3D software.

Through Appeal you can attach your viewers to any character, For example, the hero is made superior by appeal, and Villain is made to look bad through this appeal.